The President of BBRT has rewrapped the Battle Buddy Response Team truck since it was damaged when out to check on a veteran. If you look at our business sponsors on our website you will notice that we have a new sponsor.  Metro Miami Group aka Metro Wrapz which was very kind to donate $2,100 towards a whole new wrap for our truck that we use daily. We are looking forward to gaining more vehicles and having them wrap them for us as well. If you have a vehicle that you can donate or sponsor us with we would greatly appreciate it. We need at least one more vehicle that is reliable that we can travel the USA with to “Serve Veterans and Their Families”.

If you know of a business that is willing to buy us a vehicle please let them know that their business name will be on the vehicle once it is wrapped and all safety equipment is installed. Please consider our organization for a monthly donation, your monthly donation will help us continue our mission and allow us to help more veterans and their families when they need us most. You may mail a check made out to Battle Buddy Response Team to 170 Aviation Way suite 101, Martinsburg, WV 25405 or stop by the office to drop the check or gift cards off. We have a drop box right outside our office door if we are not in. You may also donate online through our website. https://battlebuddyresponseteam.org/donate/

It takes us $250 for each local call that we receive, it takes a minimum of $500 to travel long distance to help veterans and their families when called upon. You may also sponsor a veteran by sending in exactly $250 donation which in return we will help a local veteran from the MD, PA, WV, and VA area then ask for their permission to let you know that your donation when to helping a veteran.

If you see our newly wrapped truck feel free to beep at us and wave or take photos. The truck looks amazing and we are excited to have many more that look like this. 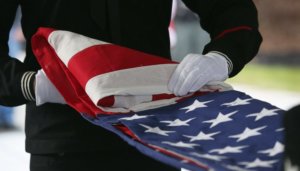 Our hearts go out those families that lost their loved ones in Afghanistan this past week. As Combat Veterans, we know that losing a sister or brother in combat is something we never ever want to experience. For the Gold Star families, our organization is here to support you.   With just a phone call, we will be there.  (855) 777-2278. To all our service members that just came home, please know we are always available.  For those Combat Veterans who have extra time on your hands, please feel welcome to join us here at Battle Buddy Response Team, as we are always accepting volunteers!  As our Founder, Samuel Rock, an Operation Iraqi Freedom Combat Veteran said, “now and forever, this organization will always be for the Combat Veterans that put their lives on the line to keep America Free”. 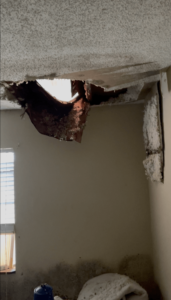 We are working with a disabled veteran in Middleburg, Florida and we need to raise a minimum of $5,000 to do some major home repairs for his roof and interior that has been damaged over time. This veteran served 28 years in the United States Navy proudly. His roof is almost gone, there is black mold everywhere, the siding is coming off, the interior drywall needs replaced. All help is appreciated and if you follow us on our social media accounts you will see the damage in the video taken. Please donate on our website at: https://battlebuddyresponseteam.org/donate/  .

If you are a contractor or a suppler of building materials and would want to help with this project then please email us at info@battlebuddyresponseteam.org

This veteran deserves to live in a home that does not look like this so lets make that happen for him! 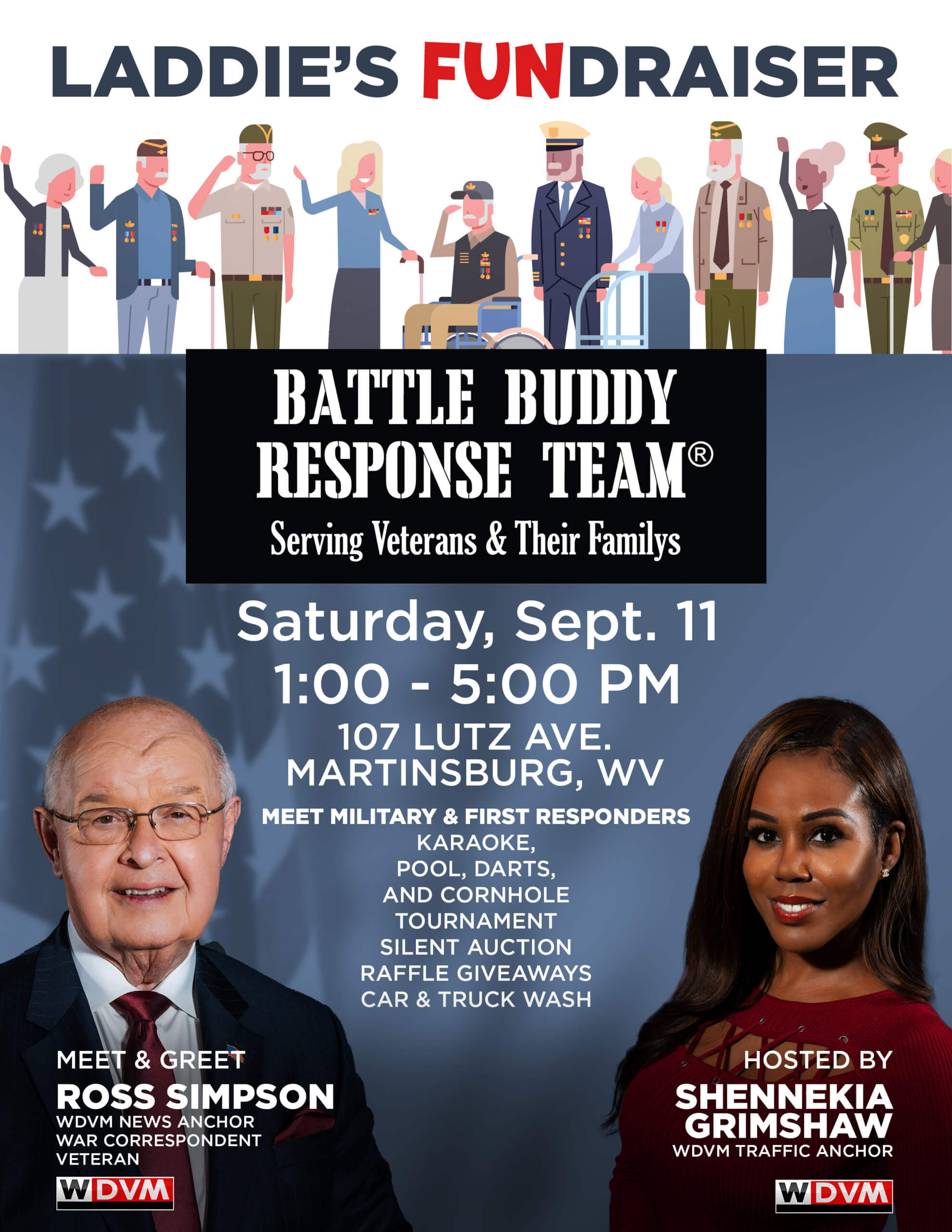 We will have face painting, food, drinks, merchandise, music, cornhole, pool table, raffles, tip jars, WDVM the local news will be covering the event, and much more. This event is the very first event that Battle Buddy Response Team is having in Martinsburg, WV and this is all possible because of the owner of Laddie’s. They reached out to us wanting to help raise awareness and donations for our Mission: “Serving Veterans and Their Families” and our Vision: “Stop and Prevent All Veteran Suicide”. We hope to see you all September 11th!  While at the event we want you to find a BBRT volunteer and ask them how are we making a difference, how are we doing the impossible, and the answer for some will be because you donated to our organization to make it possible or that your business sponsors us every month or year. Our organization runs off of donations and sponsorships, we have no paid staff, we need funding to travel and see veterans in person when needed. We will STOP & Prevent SUICIDE with your help! We want you to ask us questions and if you are concerned about a veteran that day then please let us know so we can get out there to check in on them for you. Veterans always talk to Veterans, so if you feel your combat veteran will not speak to us just know we only send war and combat veterans out over the road and us combat and war veterans have our own way of communicating among each other because we share something that no one else does if they have not been down range. We serve all veterans regardless if they have deployed or not. 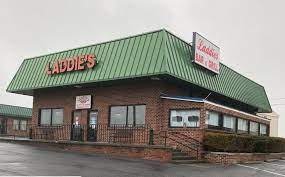 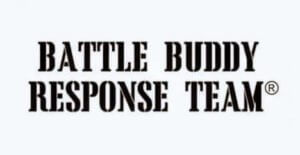 Battle Buddy Response Team was gifted tickets to see the Brickyard 200 on August 15th at 1pm in Indianapolis Indiana. We have only have three tickets left to give away to anyone that would want them. We would prefer to give them to veterans or their family but with the short amount of time left, we are willing to make sure they get into the hands of someone that would go and could possibly take someone else. Mr. Rock will be there attending the event and possibly others from Battle Buddy Response Team, please come out and join us in this first time ever event. We are excited to be offered these tickets to use and will have more tickets for places in the future but next week we need to find three more people to meet us at the front gate of the Brickyard 200 in Indianapolis speedway we will meet at 12:30pm right before the event starts at 1pm. Please call (855)777-BBRT  or email us at info@battlebuddyresponseteam.org if you are interested in attending.

Thanks to the efforts of the Battle Buddy Response Team (BBRT) to organize the event, the veteran has new and improved living conditions including new flooring and decking. An electrical upgrade and new hot water heater were completed at an earlier time.

To top off the very successful weekend, BBRT raised money to purchase the veteran a new stove on December 20, 2020.

This is just one of many stories that shows the need that exists among veterans—and the quick response of the Battle Buddy Response Team. They do not have red tape to work through. As soon they receive a call for help, they jump into action and do whatever it takes to help.

BBRT is a non-profit organization dedicated to preventing suicides among veterans and their families. Team Members are ready to deploy 24 hours a day, seven days a week, 365 days a year across the United States to perform welfare checks when a concerned party reaches out.

Statistics show that an average of 22 veterans commit suicide every day, a staggering number that demonstrates the need for organizations like the Battle Buddy Response Team. The 501(c)(3) charity does not charge for its services, but relies solely on donations and sponsorships.

Please consider making a contribution so that the Battle Buddy Response Team can continue the work they do. All funding goes toward supporting veterans and helping to make their lives better.

Learn more through their website: https://battlebuddyresponseteam.org or call (855)777-BBRT. 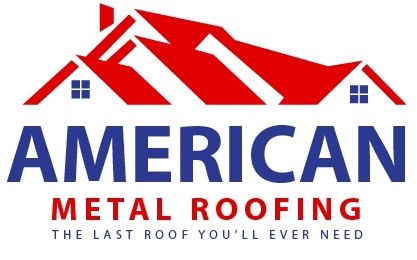