November is usually a month that everyone looks forward to as a time to give thanks, meet with family…and eat! With many of our family gatherings canceled or reduced this month due to the ongoing coronavirus pandemic, our celebrations will look different. However, we can still reflect on our blessings on this special day that was first set aside by George Washington.

When speaking of this country’s blessings during his radio address in 1988, Ronald Reagan mentioned “peace and abundance in this land that God has kissed.”

“We will give thanks for these and one thing more: our freedom. Yes, in America, freedom seems like the air around us: It’s there; it’s sweet, though we rarely give it a thought. Yet as the air fills our lungs, freedom fills our souls.”

No matter what our holiday looks like this year, we are still blessed by our freedoms. Among other things, Thanksgiving is a day we can pause to give gratitude to the men and women who serve or served to defend our way of life.

Whatever your holiday looks like this year, we hope you can find many things for which to be thankful. And we wish you all a safe, blessed, and happy Thanksgiving!

Just before Veterans Day, the Senate passed legislation aimed at improving mental health care and services for veterans and troops, sending them to the president’s desk for final approval.

The latest VA veteran suicide data report from 2019 found that on average, about 17 veterans died by suicide per day in 2017. The data typically is delayed by about two years, making it difficult to determine whether efforts have made a significant difference year over year. More than 6,000 veterans died by suicide each year from 2008 to 2017, according to previous reports.

Since that data lags behind by about two years, advocates and lawmakers worry they won’t have a concrete grasp of how the pandemic has affected suicide rates for veterans—but they agree that the isolation and stress caused by the turmoil spreading alongside the virus likely won’t improve things and that veterans, troops and their families need more help now than ever.

Specifically, the COMPACT Act would: 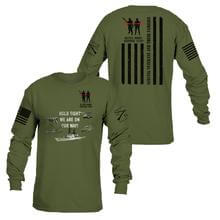 THIS WOULD BE A GREAT GIFT FOR YOUR MILITARY FAMILY AND FRIENDS FOR THE HOLIDAYS!! 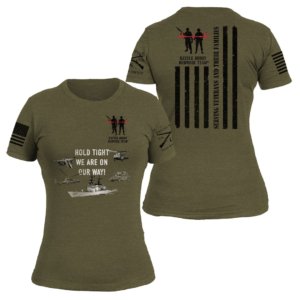 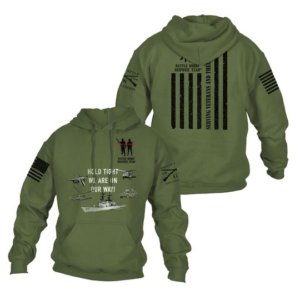 Battle Buddy Response Team, a non-profit organization dedicated to preventing suicides among veterans and their families, has helped 86 veterans in just eight months — from February to September, 2020. The assistance ranged from mental health and advocating, to just sitting and talking. Last week the Team rendered aid to a Navy veteran by securing him a new hot water heater and finding service providers to update his electrical and plumbing needs.

Team Members are ready to deploy 24 hours a day, seven days a week, 365 days a year across the United States to perform welfare checks when a concerned party reaches out. If you know of a veteran or a veteran family member who may need help, please fill out a Deployment Form on the Battle Buddy Response Team website.

Statistics show that an average of 22 veterans commit suicide every day, a staggering number that demonstrates the need for organizations like Battle Buddy Response Team.

Learn more through their website: https://battlebuddyresponseteam.org or call (855)777-BBRT. The 501(c)(3) charity appreciates donations to cover their services when helping veterans and their families.

Battle Buddy Response Team is working nonstop to ensure the safety of all veterans and their family members. They will not stop until their mission of “Stopping and Preventing All Veteran Suicide” is completed. 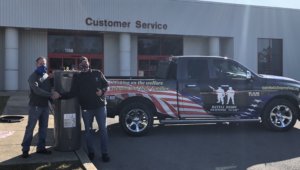 Acting on a request from a concerned party about a Navy veteran’s living conditions, Battle Buddy Response Team did what they do best and sprang into action this week.

After making contact with the veteran and visiting his home, they discovered he had no running water, an unusable toilet, inoperable stove, and inadequate electricity. 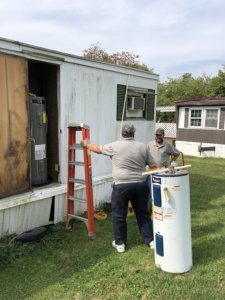 There is no red tape. The organization knows how to get things done and will go above and beyond as soon as they receive a call for help.

This is not the end of the story for that veteran. Battle Buddy Response Team has more surprises planned for him. Follow them on Facebook, TikTok, Instagram, Twitter, LinkedIn, and YouTube, to keep up to date on this veteran’s story and the Team’s other accomplishments. 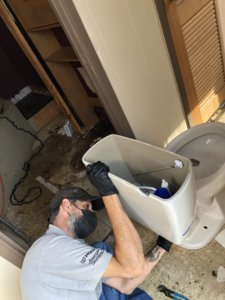 Please consider making a donation so that Battle Buddy Response Team can continue the work they do.

All donations go to supporting veterans and helping to make their lives better.

Remember, if it were not for veterans, this nation wouldn’t be where it is today.

Veterans deserve the best and Battle Buddy Response Team is the best at what they do. 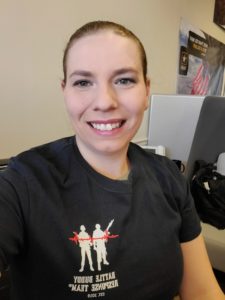 Sgt. Jamye Mort works as a U.S. Army recruiter by day, and spends her off-duty hours volunteering with Battle Buddy Response Team. As a soldier of 12 years, Mort understands what service members go through and feels connected with the organization’s main mission of helping veterans cope… Click here to read the full article.

BE THE CHANGE THAT VETERANS AND THEIR FAMILIES NEED TO LIVE BETTER LIVES BY SPONSORING US TODAY!